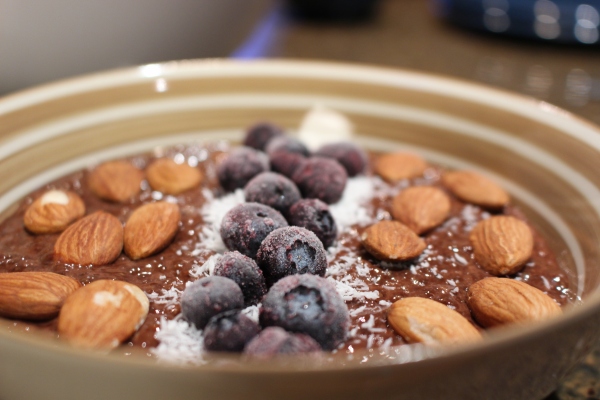 Everyone’s been making these, so I decided, after looking at picture after picture of chia seed puddings, to finally try it myself. I was pretty skeptical, putting seeds in milk, but it worked out! The first time I made the chia seed pudding, I did not put any cocoa powder and I found that I didn’t like the taste of it (but I don’t like oatmeal either, so it’s probably just me). Then I tried again, but this time adding cocoa powder and it tasted just like chocolate pudding… and the bonus is that you can eat it for breakfast!

The best thing about this breakfast bowl is that you can put any kind of toppings you like, and the chia seeds deliver a lot of nutrients and antioxidants.

Making this is super easy. I mashed two bananas the night before and mixed it with the chia seeds and almond milk. (The bananas serve as a natural sweetener and makes the pudding creamier.) 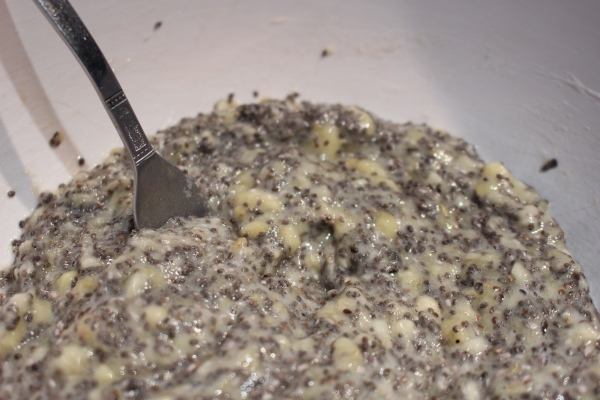 Then I mixed in the cocoa powder. the mixture looked really weird at first because the cocoa powder didn’t really mix into the chia seed pudding, but I continued mixing until everything was a chocolaty brown color.

After leaving it, covered, in the fridge overnight, I remixed it a bit before scooping it into a bowl. If you don’t like the chia seed texture, blend with a blender until smooth (I don’t bother with this step). And then (this is my favorite part!) decorate it with toppings like blueberries, sliced bananas, shredded coconut, almonds or any other type of nuts, strawberries, raspberries, etc. 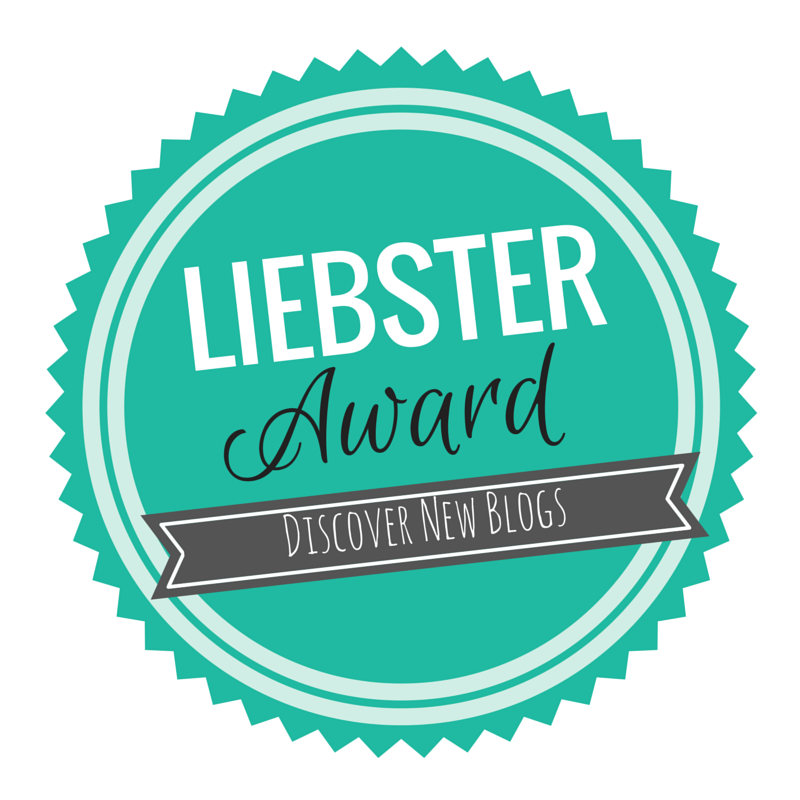